Dr. Jacques Charles, DC, BA, BA, LA, LC, LE
Dr. Jacquelin “Jacques” Charles is a Board Certified Licensed Chiropractor, Licensed Aesthetician, Licensed Cosmetologist, and Licensed Electrologist. In addition to the certifications and licenses Dr. Charles has earned in the practices listed above, he is a proud philanthropist and community activist, an experienced actor, model and yoga instructor. He truly enjoys serving others and being an asset to his community.

Dr. Charles holds two Bachelors degrees from the University of California, Santa Barbara (UCSB) in Dramatic Arts and Black studies. His desire to serve others and be an asset to his community compelled him to further his education and career. He pursued his Doctoral studies, attending Southern California University of Health Sciences (SCUHS) in Whittier, California, where he attained his Doctor of Chiropractic Degree. He continued his education and acquired his Aesthetician, Cosmetologist, and Electrologist Licenses by attending evening classes while taking his Doctor of Chiropractic Program in the morning. He has always maintained a strong work ethic and this perseverance enabled him to establish both his Chiropractic and Aesthetic practices simultaneously.

A sought after Chiropractor and master Aesthetician, Dr. Charles holds numerous Chiropractic and beauty-industry certificates and has participated in more than thirty educational Chiropractic and skincare seminars. His remarkable understanding and expertise in Chiropractic, and in the science of Aesthetics enables him to make absolutely professional, thoughtful recommendations for each chiropractic patient and aesthetic client, sharing with them the most effective products for optimum results and individualized experience. The smiles he has witnessed on the faces of his clients and patients after they have received his Chiropractic, Electrolysis, and/or skin care are extremely gratifying. He truly enjoys providing optimum care, helping his clients and patients improve their health and well being, especially when it results in the renewal of their self-confidence. Dr. Jacques Charles Aesthetics, Health & Wellness Institute is a reality today due to his clear focus, vision, integrity, passion and drive.

Love for God, honesty, integrity, fairness, patience and perseverance are the guiding principles and the foundation that inform Dr. Charles’ actions and sensibilities. These principles are constant and consistent in his personal and professional life and form the foundation of his Aesthetics, Health & Wellness Institute core values.

Dr. Jacques Charles is a proud immigrant. He was born in Port-au-Prince, Haiti, the poorest country in the western hemisphere, where he spent his early childhood. Despite the many hardships he endured during his formative years in his native country, as an adult he has risen to a high level of academic, cultural, and professional success. His unflagging work ethic, his regard and respect for others, his humanitarianism, his interest in the Humanities, Science and Art, have all influenced and made possible his successes in the United States. Throughout his life, he has earned and enjoyed substantial recognition of his personal and professional merit and his abiding commitment to the American ideals. He possesses the heart and mind of a human being with unending confidence in humanitarianism and the art of healing.

Dr. Charles is a strong young man who learned to persevere in the face of many early hardships in his native country. He lost both his mother and father early in his childhood. His mother passed away shortly after his birth due to postpartum depression, and his father died as a result of an automobile accident. Losing both parents left him an orphan at the tender age of six. During his early childhood in Haiti, he experienced horrible living standards that seriously threatened his survival. He witnessed military tanks shooting at children during the political overthrow of leader Duvalier, and the slow death of Haitians caused by famine. He survived the brutal life that he witnessed as a child, and knew then as he believes now, that no child should experience the cruelties and hardships that he endured.

Dr. Charles immigrated to the United States at the age of ten and attended primary and secondary school in West Palm Beach, Florida. He moved to California in 2000 to attend College. Dr. Charles was very fortunate to have his aunt and cousins (his aunt’s children) who were willing and able to provide a home, and who welcomed, embraced and nurtured him when he arrived in America. Dr. Charles wants to thank the Lord Jesus Christ his Savior for watching over him and his family and for rescuing him from the poverty and the struggles in Haiti, and providing an opportunity to renew his life and his faith in God daily.

Dr. Charles has realized that his background is not unique, that undoubtedly there have been others who came from places where war and poverty dominate and devastate all life. However, the circumstances that he encountered, endured, conquered and survived in his life have enabled him to become a stronger and more disciplined person. He is one of the few in his family to survive childhood, graduate from high school, attend college, become a Doctor of Chiropractic, and a skin care professional. He was spared the more common outcome that the circumstances of early life could have destroyed his spirit and ambitions. His life experience and history is never far from his consciousness, even now, as he faces the exhilarating prospect of opening and running his private practice and beginning to prepare himself for the Chiropractic, Electrolysis, and Professional skin care career that has long been a cherished goal.

In his spare time, Dr. Jacques Charles enjoys modeling (clothing) and practicing yoga. Additionally, he enjoys dancing the Salsa and the Flamenco, and his daily 5-mile run! 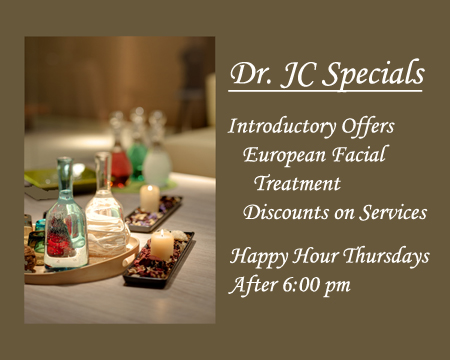 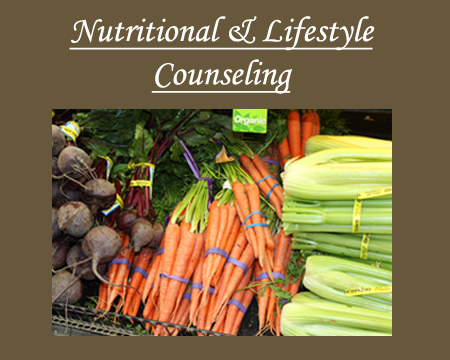